A man of God Brother Walter

'No Saint about me' said Brother Walter during an interview some years ago. Although with a twinkling eye he disclaimed it, there was something of a saint about Brother Walter. 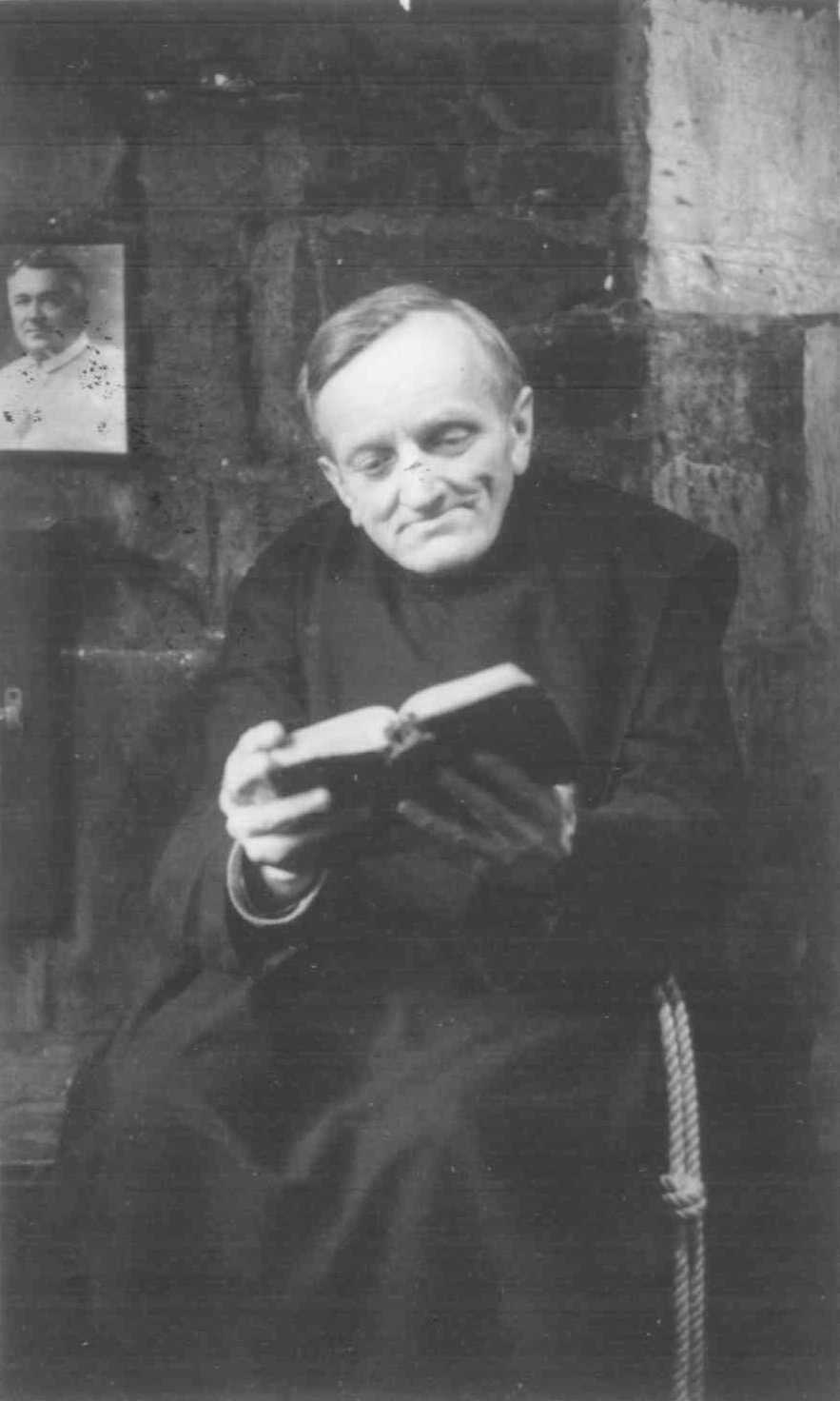 Most people would, I think, feel it when they met him, always providing they weren't of the company who believe that one must be well and truly dead and buried before sainthood can be acknowledged. Certainly the background is there - the background of a life devoted to the lay ministry of the Church both in this country and abroad, and at the end a small room which he calls home.

It's an unusual room and few people in York know it exists. There's an atmoshphere about it, as one would expect when one is on the exact spot where an anchoress of the Middle Ages had her cell. In the far wall you can pull open the anchoress's "squint" and there below is the magnificence of the nave of All Saints. So at any time Brother Walter was able to open this peep hole and look down into the Church he loved so well.

This room at the back of the Church was built by noted Rector Father 'Pat' Shaw, probably as a result of being approached by a quite recent "anchoress" Sister Adeline Cashmere, who had a job in York but wanted the life of contemplation, as well as work at a busy factory, and so she came to live in the little room for nine years.

Brother Walter, or to give him his full name - Walter V. Wilman was born in Bradford. He left school very early to become a 'half timer' in the cloth trade, and then, when he had reached full status and had been working long hours for some years, he felt the call of the Church. He then did what he termed a "daft thing". He threw his job up and was out of work for a while. The "call" however could not be ignored and in 1913 he was licensed as a lay reader.

After spending time with the Royal Artillery in the First World War, he came to York and a long association with Father "Pat" Shaw took place. He lived in that little room with its "surprise" view of the lovely old church, where he could reflect on many things. His wanderings in the past took him abroad and he was for some years connected with the Franciscan Movement, but as he said, he always came back to York and All Saints.

Brother Walter being interviewed by Alan Whiker for a BBC documentary in 1961.