Statue of St William of York 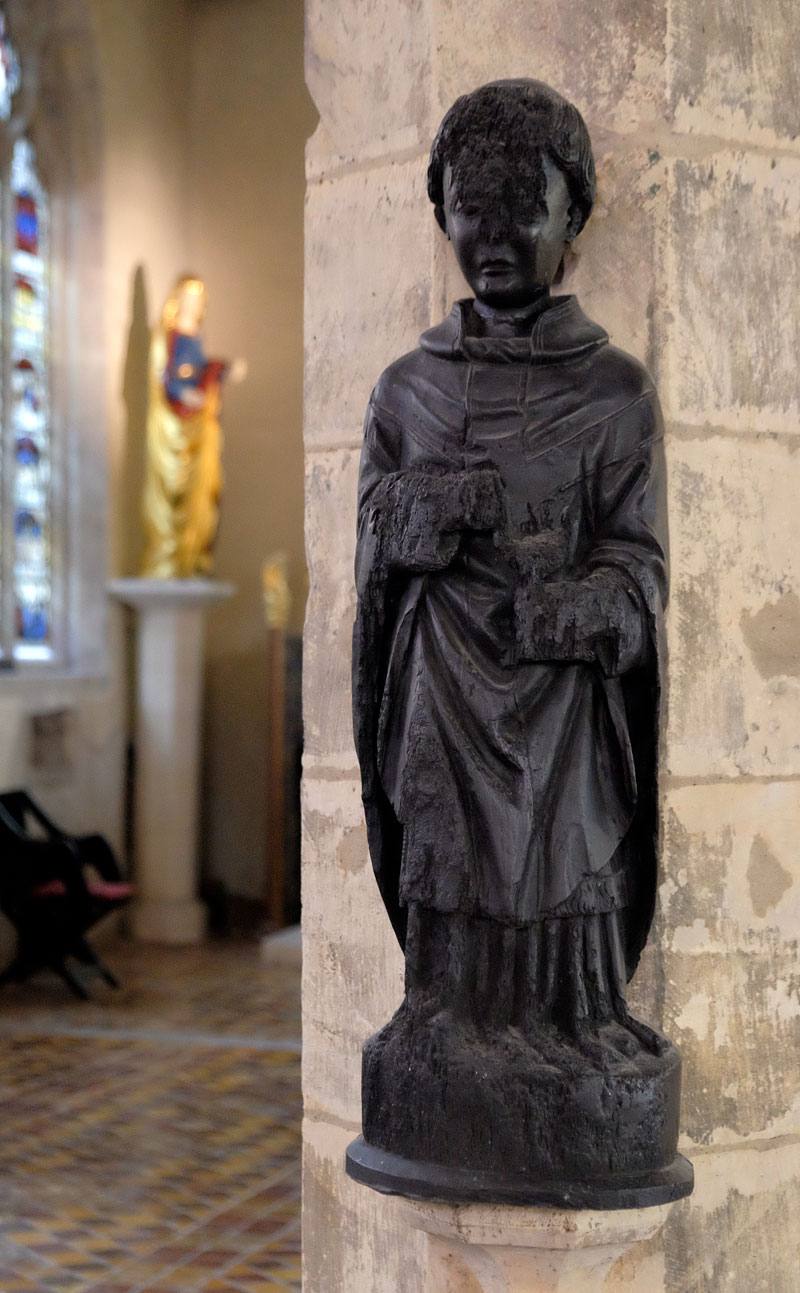 Statue of St William of York - one of only a handful of medieval wooden statues to survive in an English Parish Church - most were thrown on bonfires at the reformation. He is an early 15th century English wood carving.

Where is his mitre? It was probably made of tin, and has been lost over the centuries. He was martyred on 8th June 1154 while saying Mass in York Minster.